Security forces, officials and civilians gather after a deadly blast claimed by the Islamic State group that struck worshippers attending Friday prayers at a Shiite mosque in Kuwait City, Friday, June 26, 2015. Friday’s explosion struck the Imam Sadiq Mosque in the neighborhood of al-Sawabir, a residential and shopping district of the capital. (AP Photo)
Published June 26, 2015 at 10:52 AM
Updated July 8, 2015 at 11:51 AM

Twenty five people were killed and 202 injured when an Islamic State suicide bomber detonated explosives inside a mosque in Kuwait city on Friday (June 26), the interior ministry said.

Video and photographs taken at the scene — and posted on a social media website — showed blood-soaked worshippers leaving the Shi’ite Muslim mosque, in the district of Sawaber in the eastern part of the Kuwaiti capital.

Photographs showed bloodied men on the ground lying amongst the rubble.

Parliament member Khalil al-Salih, who was at the mosque when the attack occurred, said worshippers were kneeling in prayer when the bomber walked into the Imam al-Sadeq Mosque and detonated his explosives. He told Reuters by telephone that the bomber was young and the explosion destroyed the mosque’s ceiling and walls.

He added that more than 2,000 people from the Shi’ite Ja’afari sect were praying at the time.

Security forces quickly sealed off the perimeter of the mosque while rescue workers carried the wounded to hospital.

Islamic State named the bomber as Abu Suleiman al-Muwahed and said in a statement posted on social media that he had targeted a “temple of the rejectionists”, a term it generally uses to refer to Shi’ites, whom it regards as heretics.

Shi’ites comprise between 15 and 30 percent of the predominantly Sunni Muslim Gulf Arab state, where members of both communities are known to live side by side with little apparent friction.

Islamic State has recently twice targeted Shi’ite mosques in neighbouring Saudi Arabia and carried out attacks against members of the sect’s Zaydi branch in Yemen.

Story by Reuters and the Associated Press 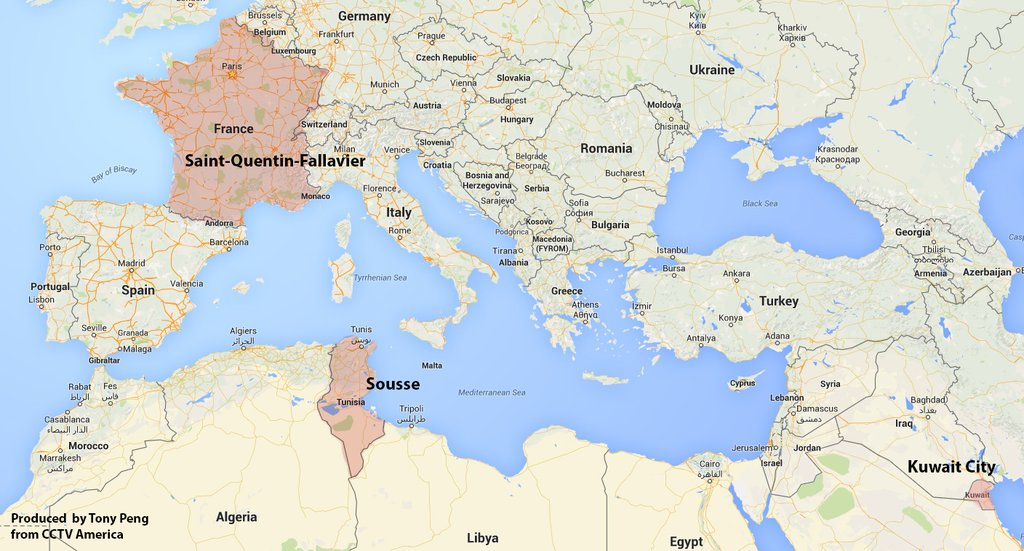 Kurdish fighters battle IS in Kobane, more than a hundred civilians dead »