China's first homemade 158-seat passenger jet C919 performed its maiden flight successfully on Friday, bringing the country into the world's top makers of large aircraft. The twin-engine plane took off at 14:01 at the Shanghai Pudong International Airport with five crew members on board but no passengers. It landed at 15:19, successfully finishing its maiden flight.

The C919 is China’s answer to main rivals on the market, including the Boeing 737 and Airbus A320.

Commercial Aircraft Corporation of China, Ltd. (COMAC), the C919’s manufacturer, said it has received 570 orders for the aircraft from 23 clients, including domestic airlines such as Air China, China Southern and China Eastern.
Overseas orders take up about 10 percent of the total, including US-based GECAS and airlines from Germany, Thailand and others from the Asia Pacific region.

The C919 has improved the aviation landscape in China and given a significant boost to the country’s aerospace industry. Analysts say the successful maiden flight shows China’s aviation industry has entered an upgrade period, with upcoming work on testing, production and delivery. The maiden flight of the C919, China’s first home built commercial passenger aircraft, was several years in the making. Let’s have a look at some milestones along the way in this first … 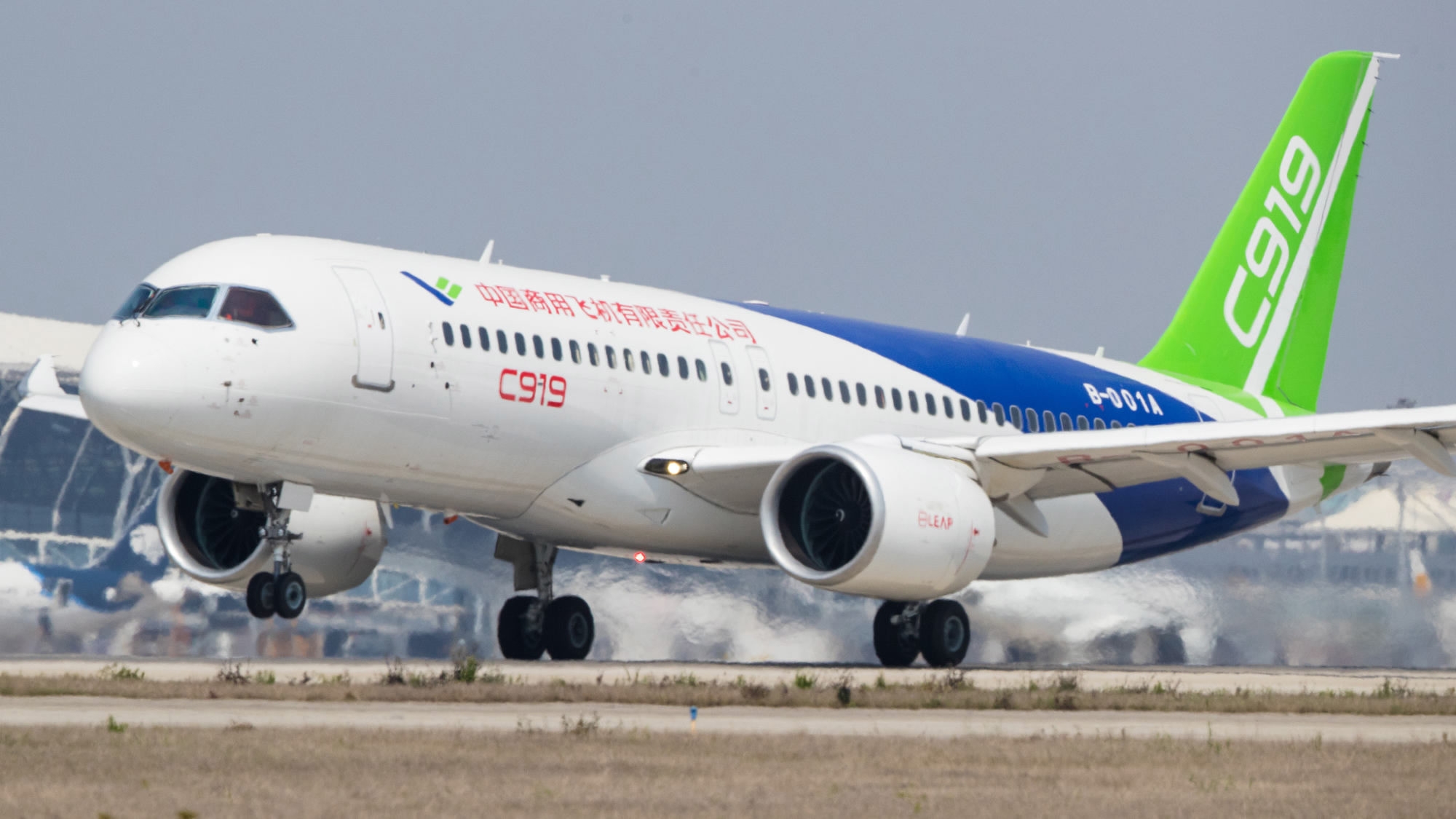 How does the Chinese-made passenger jet C919 differ from its competitors?

After eight and a half years of development, China’s first domestically-built large passenger jet, the C919, manufactured by the Commercial Aircraft Corporation of China (COMAC), is ready for its trial flight. The achievement marks China’s attempt at breaking into a market dominated by the West, especially when it comes to commercial jetliners.