It’s normal for the world’s two biggest economies to have problems with trade, but tackling them with a trade war is just like treating a flu with chemotherapies, founder and chairman of Chinese e-commerce giant Alibaba Group Jack Ma said Monday.

“You are not solving the problem of the cold, you are destroying the whole body, the whole system,” Ma made the comment while attending a dinner with International Monetary Fund Managing Director Christine Lagarde during the Boao Forum for Asia annual conference, which runs from April 8 to 11.

Ma said that trade is about mutual respect and that nobody can stop globalization. “Trade is about rules and negotiations. If trade stops, war starts,” he said.

Speaking of the U.S.-China trade deficit, Ma dismissed the issue as a problem, citing economic growth and a low jobless rate in the United States as well as huge profit made by U.S. firms in the bilateral trade.

“Today as a businessman, I don’t feel that trade deficit is a problem,” he said.

For her part, Lagarde also warned of the risk of temptation for inward policies, protectionism and closing off to the outside world.

She suggested reducing trade barriers in the service industry where there is “a big, big upside” in promoting openness.

The managing director also cautioned challenges to the global economy, including corporate debt and demographic change, saying that “the sun is shining, but we have to look at the cloud arising.”

Globalization has not been inclusive enough in the past decades, but there are ways to fix it, Ma noted.

Hearty chuckles rang around the room as Ma used some humorous parables to stress the importance of opening up, peace and development.

If China had not started the opening up and reform policy 40 years ago, “there would be no Jack Ma sitting here today,” he said.

He said the world is facing a lot of challenges from poverty, environment and technology, noting that innovation is the only way to solve these challenges and problems. 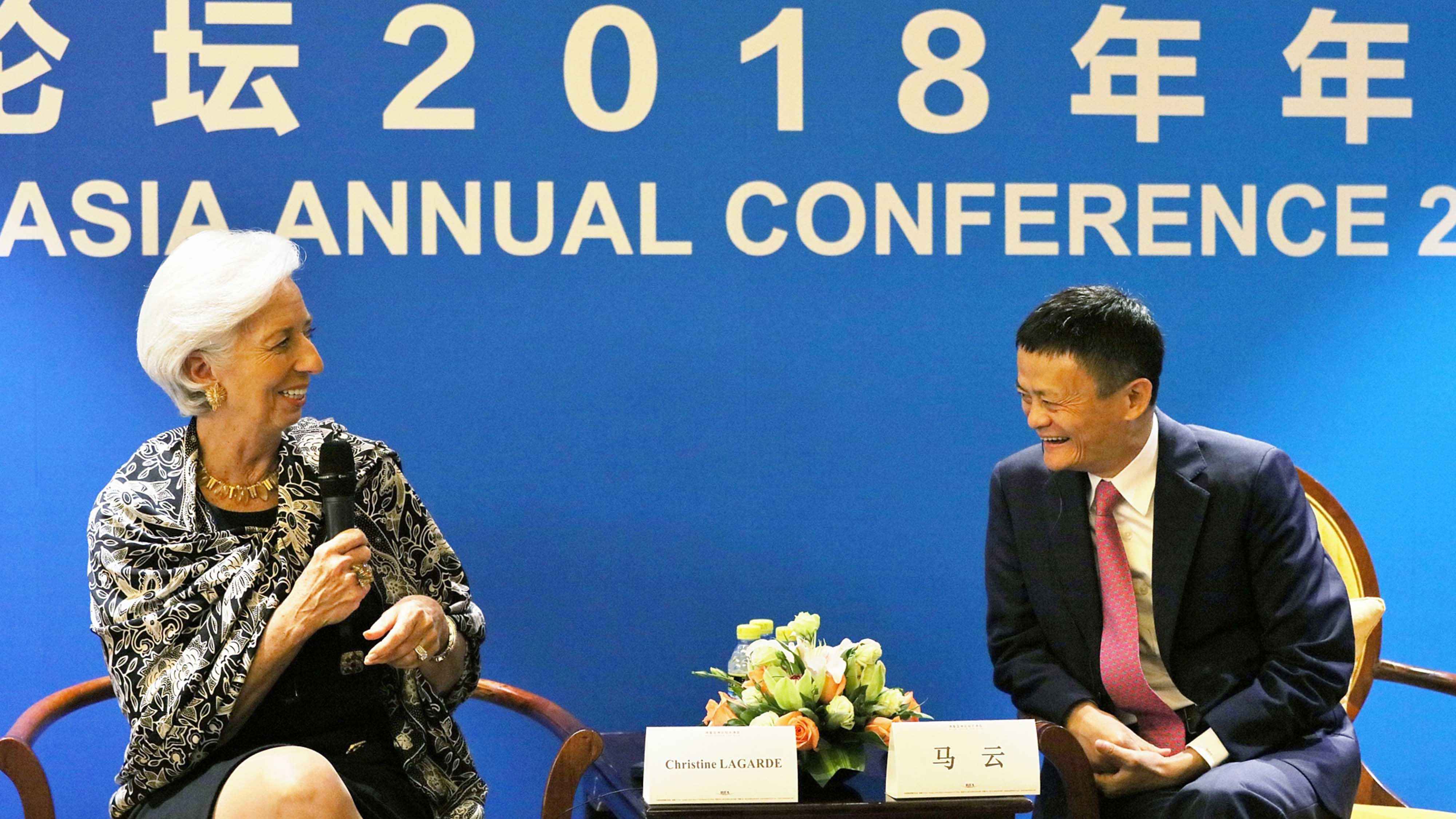 Trade is about respecting other cultures and nobody can stop globalization, Jack Ma, the billionaire co-founder of Chinese e-commerce giant Alibaba Group said on Monday at the Boao Forum for Asia in China’s southern Hainan Province.