It all started after I attended a press conference held by the Lombardy regional government in Milan. Two days later, we were informed that one of the other attendees had tested positive for COVID-19.

After that announcement, Lombardy governor Attilio Fontana, who had also been at that meeting, put himself in a two-week self-isolation out of “concern for his colleagues.” 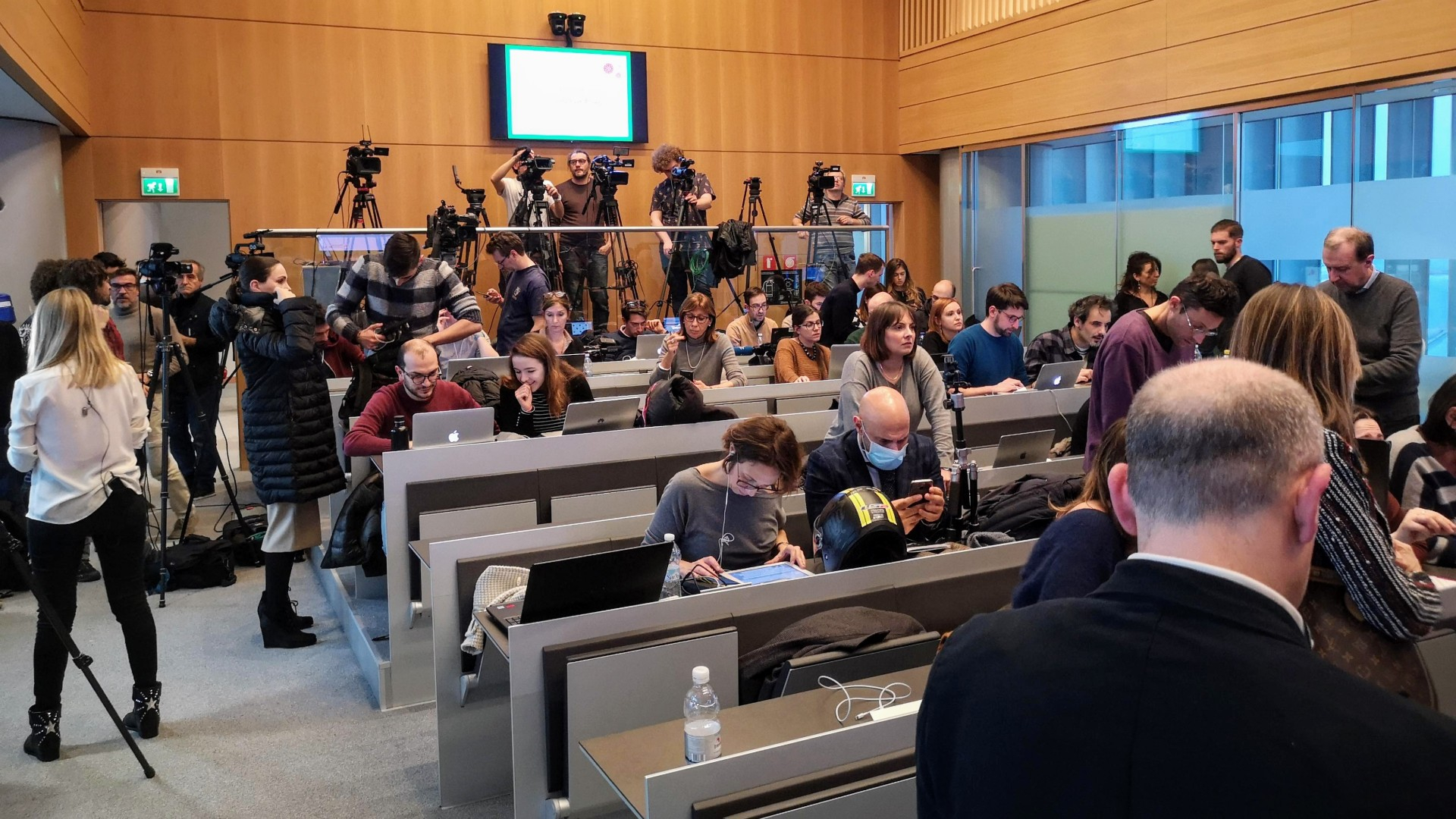 The Lombardy press conference at which CGTN’s Natalie Carney came into contact with a COVID-19 carrier. /Natalie Carney/CGTN

By then I had started feeling rather run-down, with a tight chest and a dry cough, so my mind immediately went into overdrive. “No, it couldn’t be, I’m just giving in to the panic.” “Or is it the real deal?” “No, it’s just the psychology of the story setting in, that’s all – I’m just run down…” “But then why does my chest hurt?” “No, it’s the panic…”

After consultation with family and friends, I felt it best to come home to Munich and seek medical advice. To reduce my public interaction as much as possible, I took the six-hour bus ride wearing a mask. I quietly coughed into my elbow the entire way. 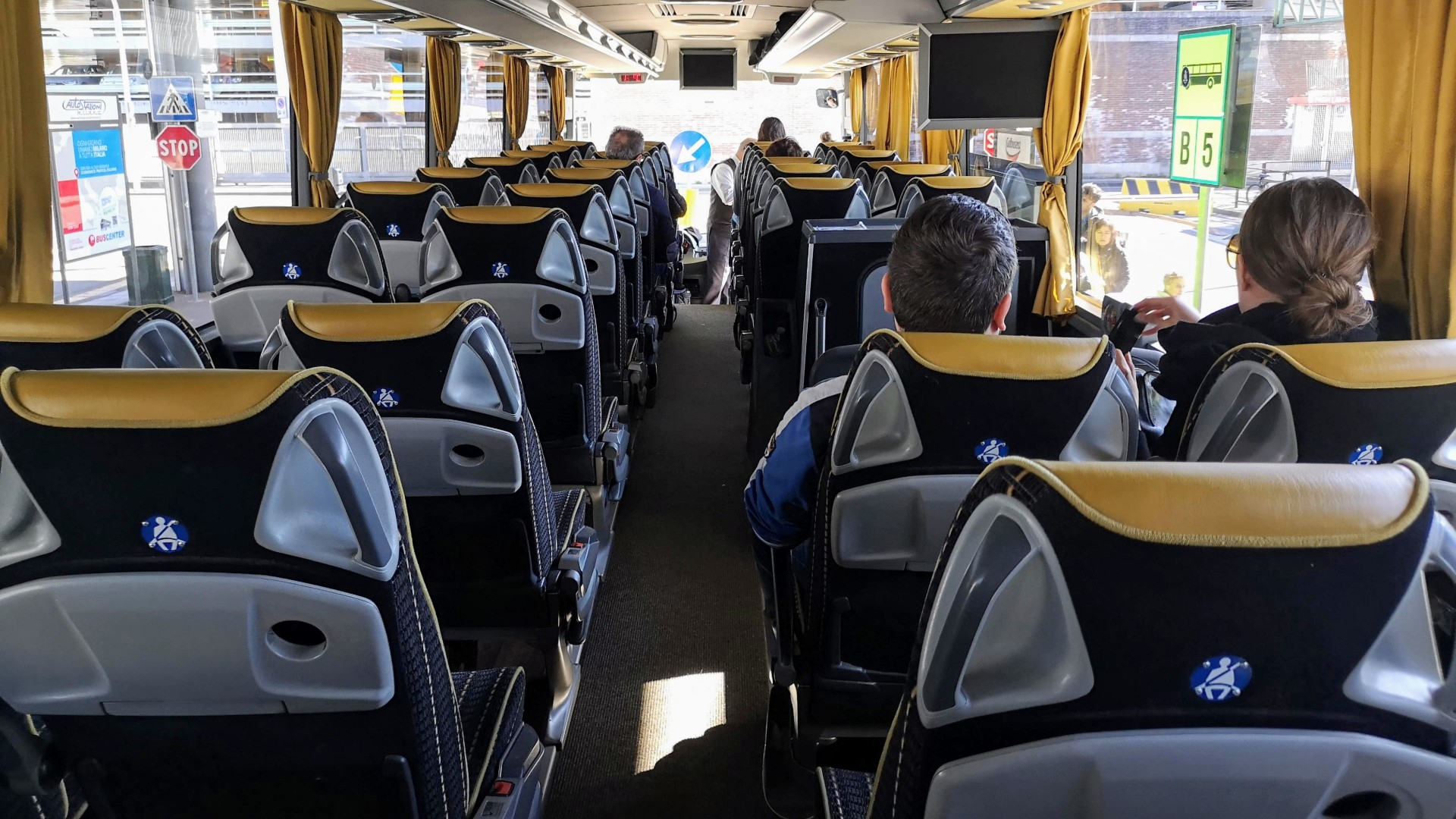 To minimize contact with others, Carney caught this almost deserted bus home to Munich. /Natalie Carney/CGTN

The next morning I went to the Munich Schwabing clinic, known for having treated Germany’s first coronavirus patients, all of whom have since recovered and been released. To explain my situation to the emergency room nurse I lowered my mask, but she immediately interrupted me to tell me that I must wear the mask at all times.

As the tests for COVID-19 cost $111 each, only those who exhibit strong symptoms or have come in to close contact with an infected person are tested. They considered my situation warranted the test.

So, I was guided through a large automatic door marked Infektionsstation into a bare, white-walled hospital room and asked to lie down. The nurse disappeared, only to return two minutes later dressed from head to toe in a thin, yellow, plastic protective suit. 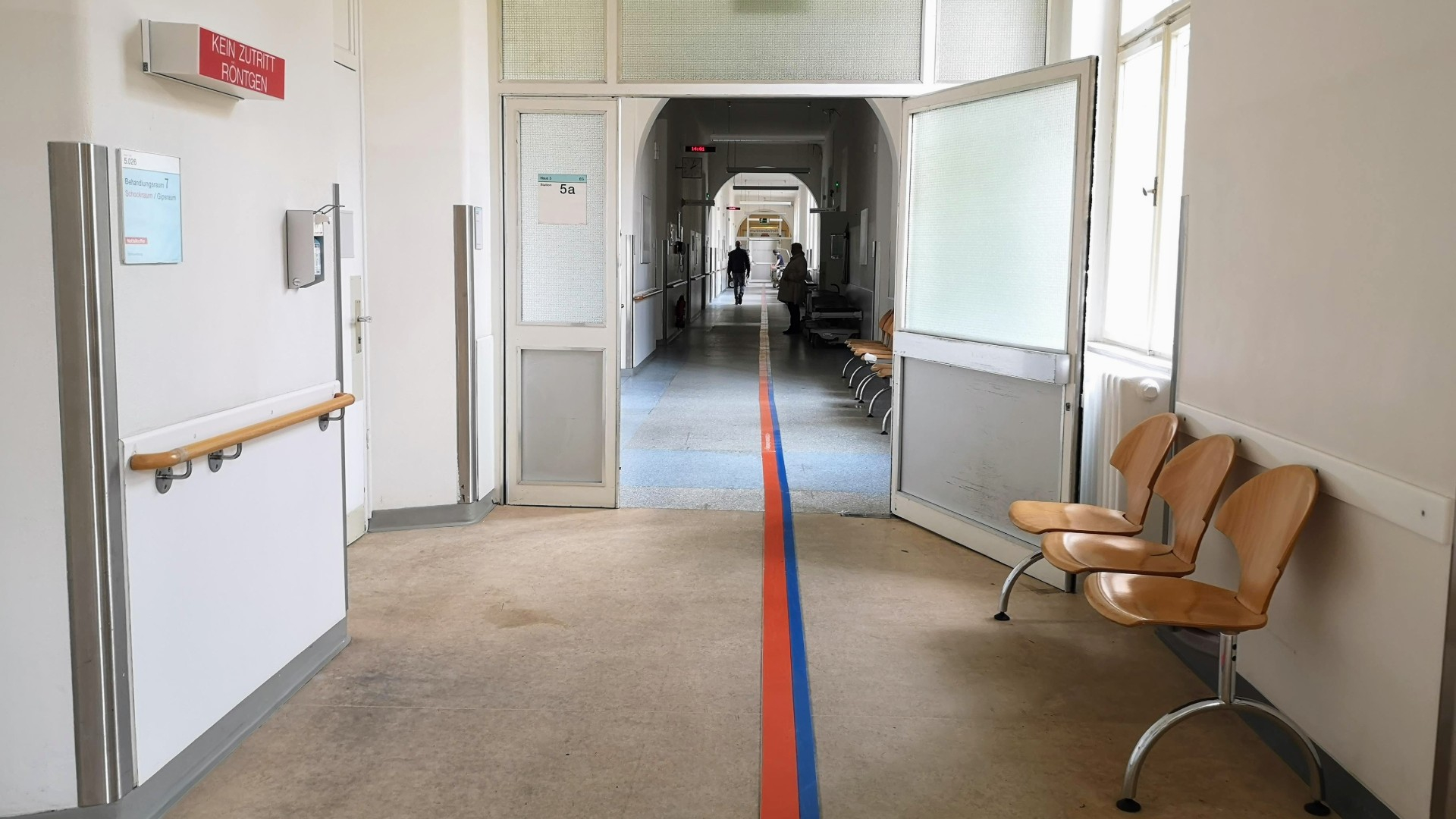 Kindly explaining each test as she went along, she took my blood pressure, then some blood from my inner elbow. Then came a quick swab of my nose and throat, for influenza; the next, much longer, swab was specifically for COVID-19, so she had to go deeper down my throat and farther up my nose – not pleasant, she said, but necessary. With the tests done, she took off the protective suit, threw it in the garbage, and left.

An hour later she was back – in her usual ward clothing – with the initial results: “The first round of tests are negative,” she said, but a doctor would come to explain more. Another hour later, the doctor revealed that the initial tests are only for symptoms such as the flu; this being the weekend, I would likely have to wait until Monday for the results of the COVID-19 test.

In the meantime, I was to return home, stay in one room, wear the mask and distance myself from family members. 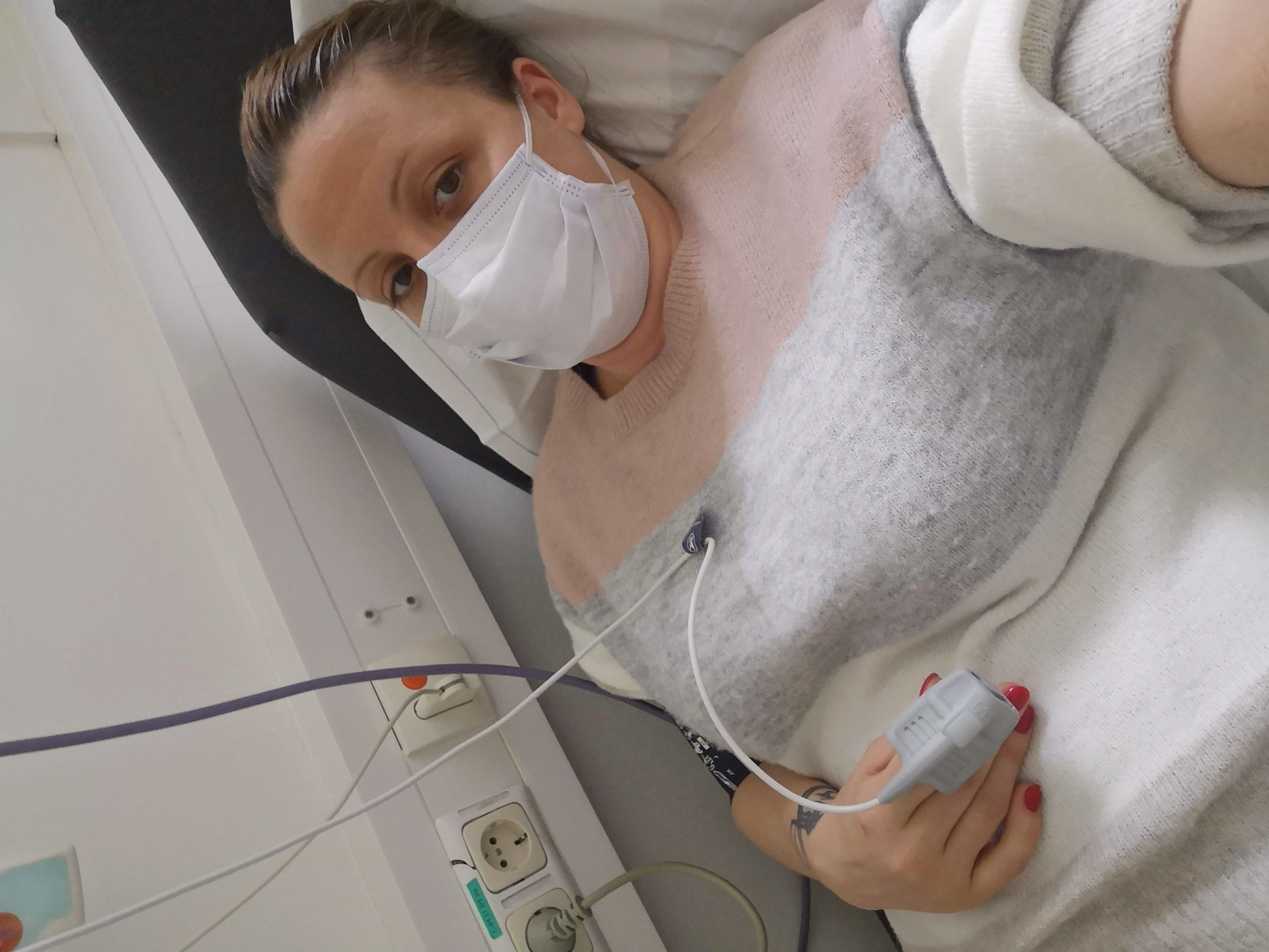 Carney at the clinic. /Natalie Carney/CGTN

I walked home through the big park that separates my house from the hospital. It was a beautiful spring Saturday, so families were out enjoying the best of the weather. They didn’t seem to care as I passed them wearing the mask: very few people across Munich are sporting any sort of facial protection, and on social media the overriding theme is simply to keep your hands washed. Even so, face masks are very limited throughout the city and hand sanitizer is only available through Amazon.

Once home, I gathered my laptop and some papers and quarantined myself in our bedroom. My husband was relegated to the couch and as it had just been a week-long holiday in Bavaria, our son was with his grandparents. 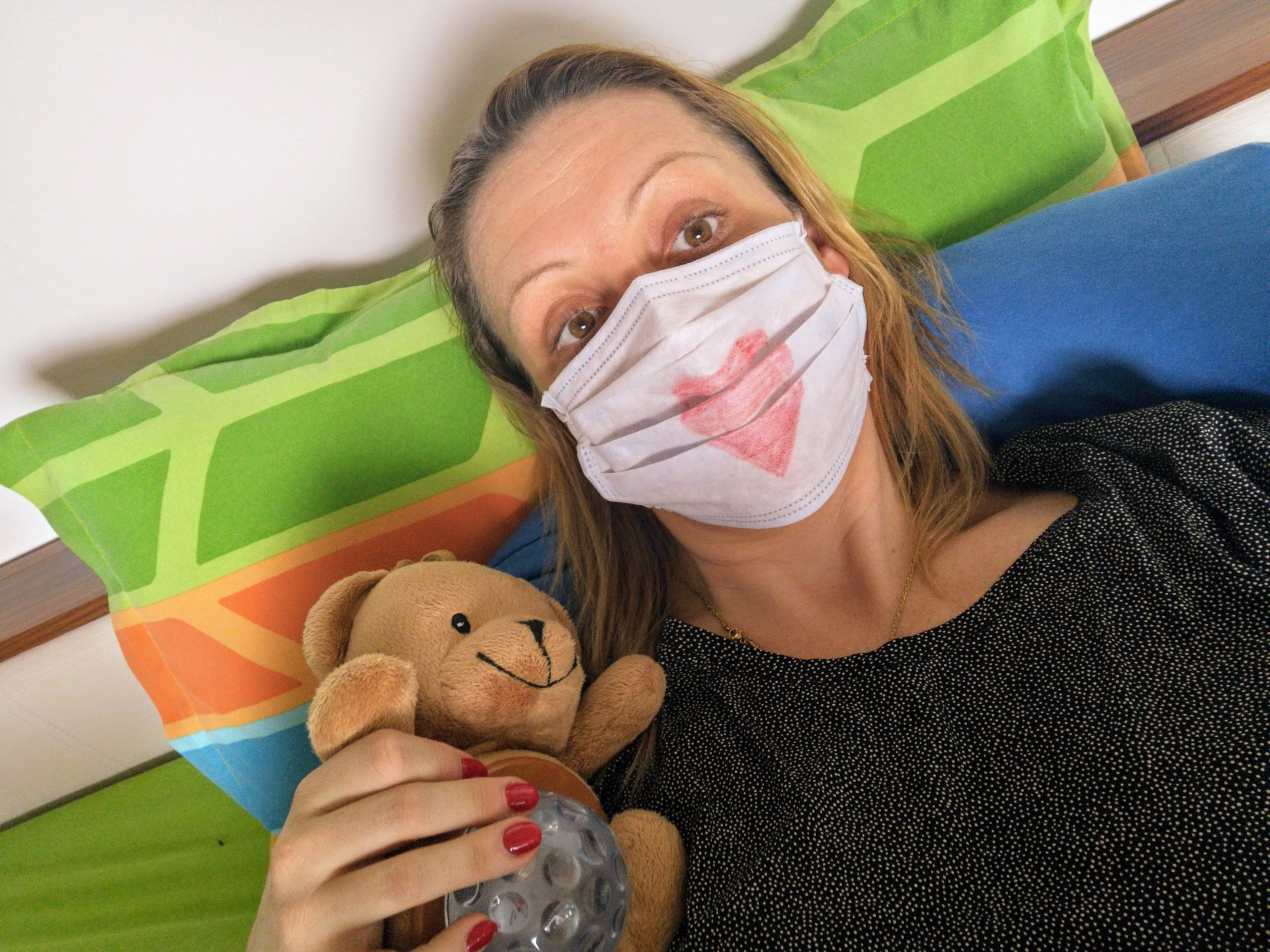 Isolated at home. Carney’s son asked her to draw the heart on her mask, to make her less scary. Natalie Carney/CGTN

I watched movies, listened to music, slept, mindlessly scrolled through social media sites and read the news. My husband made me food and left it on a tray outside the bedroom door. I couldn’t help but feel like I WAS infected, even though by now my initial symptoms had diminished: having caught up on a lot of sleep, I was feeling perfectly normal.

On Sunday evening, the Bavarian health authority rang; they checked how I was feeling and asked me to repeat the entire story again of where I had been and why I did the test. Finally, they revealed that the coronavirus test was negative. I let out a big sigh of relief, only to have it punctured by a big “but…” 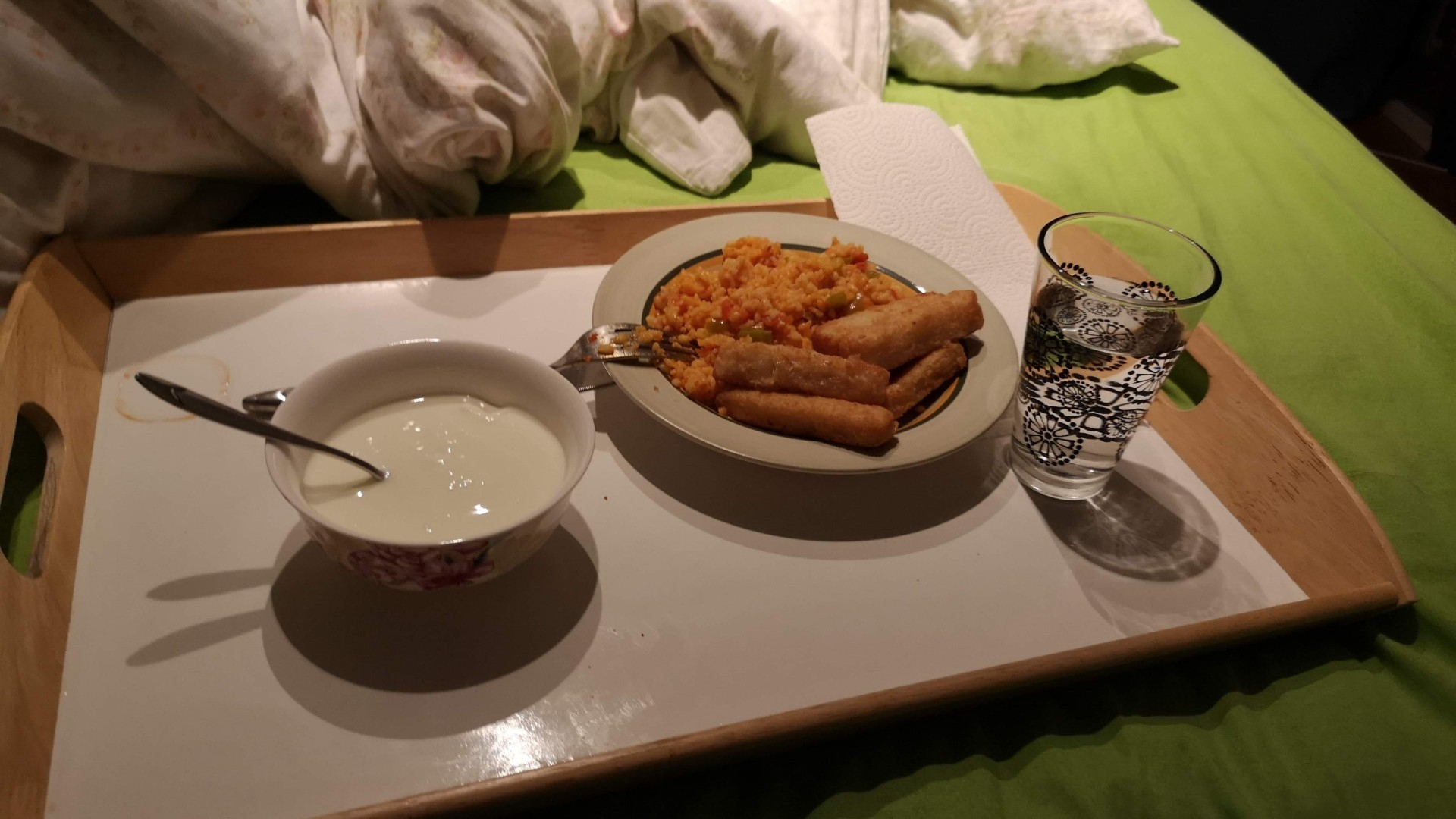 Because there is so much still unknown about the virus and its transmission, they “advised” me to stay in home isolation for another week. That would take it to 14 days from when I initially came in contact with the infected person at that press conference in Milan, which now feels like months ago. My son, too, would have to stay another week with his grandparents. Lucky them.

Since that call, I have been able to take off the mask and leave the bedroom, but my husband is still on the couch and has to do the food shopping. That being said, I’ve been able to catch up on some long-overdue tasks, all our clothing is ironed and the house has never looked so clean. I’ve even taught myself how to cook a few meals.

The biggest difficulty is having to be away from my son. My husband has now gone to be with him and his parents, so I have the entire house to myself. Perhaps it’s time for a bubble bath and that lovely Swiss chocolate I picked up on the way home. I think I’ll be just fine getting through the final four days of home isolation…